Trying to catch up on events. Yesterday we had the puppies evaluated using the Volhard Puppy Aptitude Test, also know as temperament testing. It is done when the puppy is 49 days old, a time picked because the puppy is neurologically complete and untainted by training. (That’s what the Volhards say anyway. I wonder how “untainted by training” they can be since they’ve been using the potty box for almost a month now; that seems like training to me.) Many, many thanks to Beth Fitzgerald for taking her Sunday afternoon to evaluate the puppies, thus missing her husband and one of their Rottweilers earning an advanced agility title.

The results were not too surprising to me, mostly 3s and 4s, except for little Quinn. I have found her to be the most affectionate, sweet, and snuggly of the litter, while her testing was mixed bag of 3s and 6s. Kind of hard to decipher – 3s are very middle of the road and a good prospect for most families and obedience training, while 6s are independent and the Volhards say “not affectionate and may dislike petting and cuddling” – not my experience with this girl at all!!! Still, as Beth said, this is but a snapshot in time with a puppy and a person. Take into account this day was also their first car ride and several of them thought looking at themselves in the mirrored wall in the training room of the Huntsville Obedience Training Club where we did the testing was more interesting than what Beth was doing, it’s entirely possible they were a little thrown off. After the testing was over, we set them loose to run amok in the big room; that was much more fun for them!

These pictures were taken when we were setting them up for 7 week photos. Thanks Marti! It was a hoot to watch Sirri try to make friends with your pretty Dobie girl through the crate bars!

The puppies play hard and crash hard. After 45 minutes asleep in the car on the way home, they were ready and revved to play outside until the sun went down! 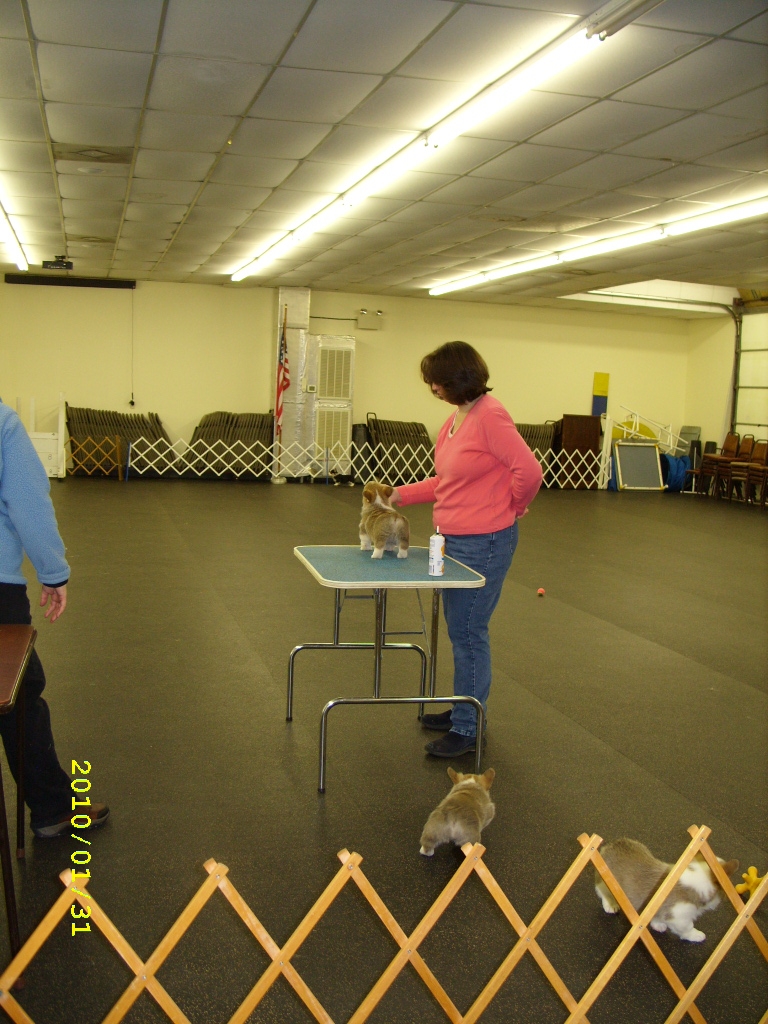